David Sinclair NMN – What he Takes & Where to Buy

Note this post is focused on NMN – for a detailed post on all David’s main supplements – see here.

David looks great for his age (50), so it’s natural to want to emulate his aging “success”. One of the key supplements he takes is NMN, and below we’ll dig into the details.

One thing David is fast to point out is that he’s a scientist – not a medical doctor, and doesn’t give health recommendations. Respecting that, this post will only look at what David does, noting that he isn’t recommending others do the same. David does not sell or endorse any brands – so the discussion below on “where to buy” will simply look at options. 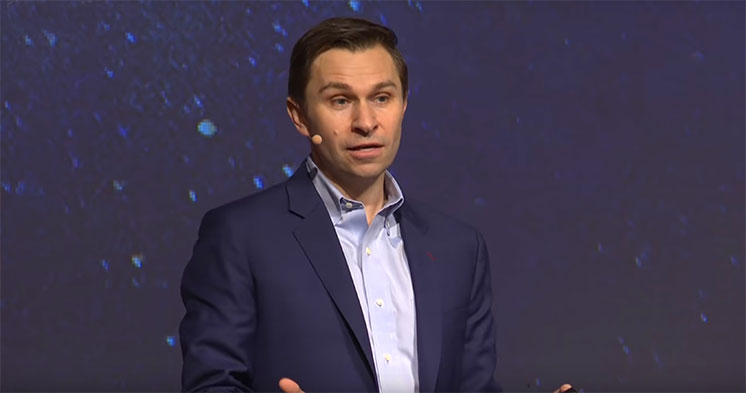 NMN falls into a category of supplements, along with Nicotinamide Riboside, referred to as “NAD boosters” – which have become increasingly popular.

NAD is required for every cell of our body to help facilitate energy production. As we age, the amount of NAD our cells produce declines, and less NAD = reduced cellular function. According to David, at 50, you have about half as much NAD as at age 20.

The hope is that by supplementing precursors we can boost the cellular level of NAD closer to youthful levels. Which in turn may improve overall health and energy levels.

There’s little to no doubt in the research community that we need to restore NAD function; but the jury is still out on what the best method will be. Currently David has his eggs in the basket of NMN. 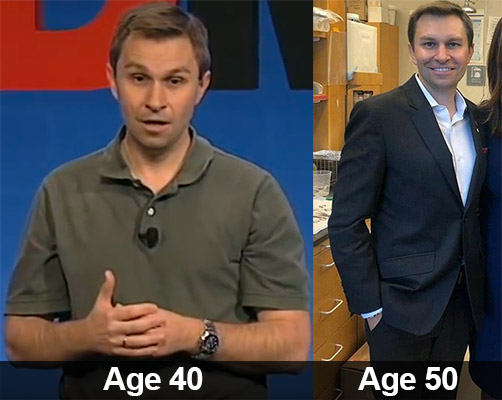 David’s NMN powder comes from excess product left over from lab experiments. This is good to know, but doesn’t help us when it comes to sourcing some. Below we will look at various possible buying options.

Potential considerations when buying include:

Assuming all the above are ok, the last crucial question is:

Searching online there are a large number of possible options. Without doing ones own 3rd party lab testing, it’s hard to evaluate the quality of products. What I’ve done below is put some of the more highly reviewed options into a table, calculated the approximate price per gram, and added links to any 3rd party analysis certificates the companies display.

The above table provides a start, but for a detailed analysis table see this companion post.

The average price per gram appears around $5-$6. For products dramatically lower in price than this, it would be worth exercising some caution around their quality.

– Capsulating the Powders
With the bulk powder versions of NMN above, you could put them into capsules yourself at home, using a cheap, but handy, capsule filling machine. Emulating the method David uses to take his NMN; in capsules swallowed with a glass of water.

– Testing
It’s perhaps worth noting that none of the companies (besides RevGenetics) have demonstrated testing for impurities such as heavy metals, solvents or bacteria – they only test for NMN purity. 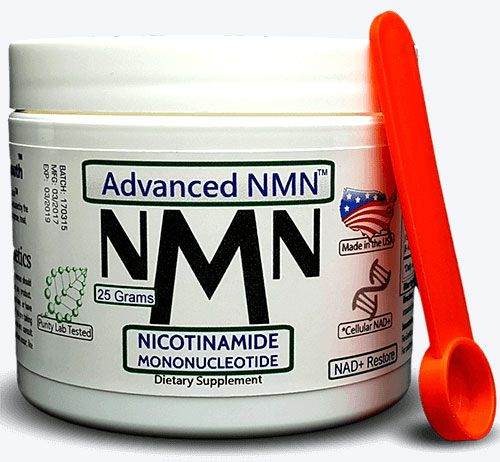 One thing that’s worth acknowledging is that NMN is an expensive supplement, especially if you wanted to emulate David Sinclair’s dosage of 1g/day.

There are a few possible workarounds:

What does David think of Nicotinamide Riboside (NR)?

Nicotinamide Riboside is a precursor to NAD, similar to NMN. David states in his book that his lab finds:

That being said, he isn’t against NR, he’s just more optimistic on NMN being the better molecule for raising NAD in the long run. He notes in a blog post on NMN & NR that: 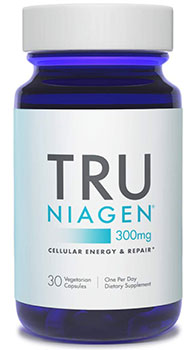 The brand leader in sales of Nicotinamide Riboside is Chromadex’s Niagen (pictured above). Amongst Chromadex’s scientific advisors is Charles Brenner, who first discovered NR, and showed it could extend the life of yeast cells.

Niagen’s recommended serving size is 300mg (1 capsule) – which may be less efficient at raising NAD levels than 1g of NMN.

If we compare NR & NMN at a price per gram, they’re more similar than I expected. Niagen works out approximately $5.22/gram, and NMN is around $5-$6/gram depending on brand.

In David’s recent interview with Rhonda Patrick, he discussed details around storage, saying:

Since David explained this I’ve come to learn that Nicotinamide Riboside, when it its chloride form; Nicotinamide Riboside Chloride (as sold by Niagen), is in a stabilized form. This means that it doesn’t need to be kept cold to have an adequate shelf life. More on that below…

Looking at the data online around stabilized NR, I found:

What I gather from that, is that NR in its chloride form is stabilized. But like most edible products, cooling it does slow down the degredation that occurs over time. However for most people, the product isn’t intended to sit on the shelf for a long time, and thus it will be consumed before the degredation becomes a problem. 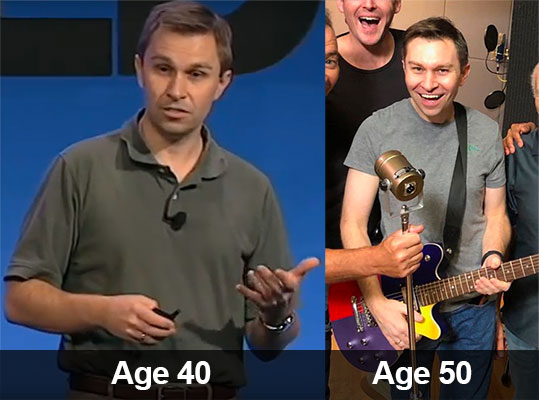 If you liked this post, you may also find this longer post on the supplements David takes (including Resveratrol) interesting.

Any questions or comments, please leave them below.

David Sinclair Supplements – What He Takes & Where to Buy – NMN, Resveratrol & Metformin

David recently garnered attention with his appearances on the Rhonda Patrick and Joe Rogan podcasts. Using his moment in the...