Below lets look at their differences… 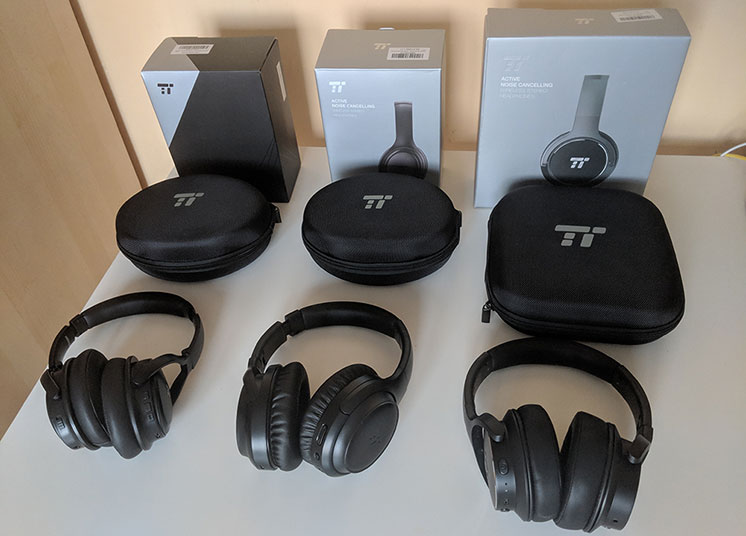 The table below covers some of the key differences, note for example the different weight of each headset, and different bluetooth standards:

In terms of sound quality I’d put the BH22s and the BH060s roughly on par with each other. I’m definitely not an experienced audiophile, so there’s that. But they both sound very similar, over the range of music I tested on. Overall they are both pleasurable to listen to.

Unfortunately the BH040s sound was noticeably inferior, in particular when it came to the low ranges (bass).

All 3 have reasonably good noise cancelling (for the price range). To pick at the small differences… the BH22s & BH060s seem to have a small amount “shhh” type noise going on when activated (only noticeable with no music/sound playing). If the BH040s have this, it’s barely noticeable. I’d put the BH040s and BH060s on par with each other, and say the BH22s noise cancelling is marginally worse. This might also be in part because both the BH040s and BH060s have tighter headbands, which creates a stronger seal between the ear-cup and the ear. I guess the later is a form of passive noise cancelling, which combines for the overall effect.

Foldability (Can that be a word?)

If you’re already familiar with the BH22s, then the BH060 is very similar in design; including the ability to fold down into a small carry case. The BH040s on the other hand are fixed frame, meaning that their carry case needs to be twice as large in order to transport them safely (illustrated by the images below): 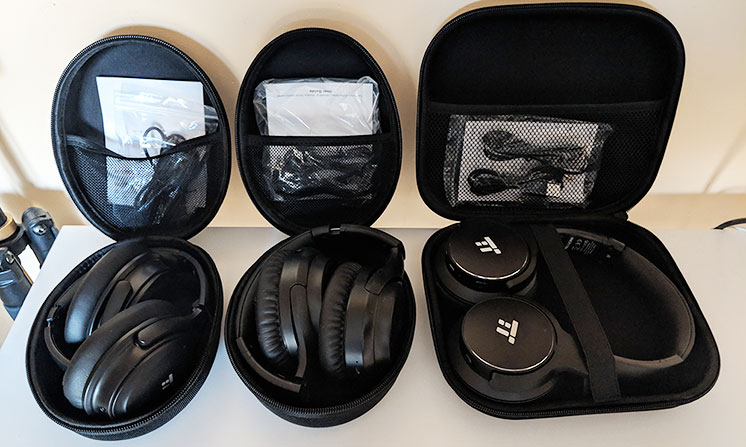 To me, the large carry case, and lack of folding design is a big step backwards. Part of the beauty of good noise cancelling headphones is that you want to use them all the time. Perhaps to a coffee shop, the office, or on vacation. So making the carry case any bigger than absolutely necessary is a pain.

My “headphones of choice” are the Bose QC35s, and thus I’m used to a relatively loose headband. The closest to this are the BH22s – whereas the BH040s and BH060s both have tighter headbands. Because I’m not used to it, I find it less comfortable, but there a couple of potential upsides:

Whilst there are some layout differences between each of the models, the core functionality stays the same. They all feature: 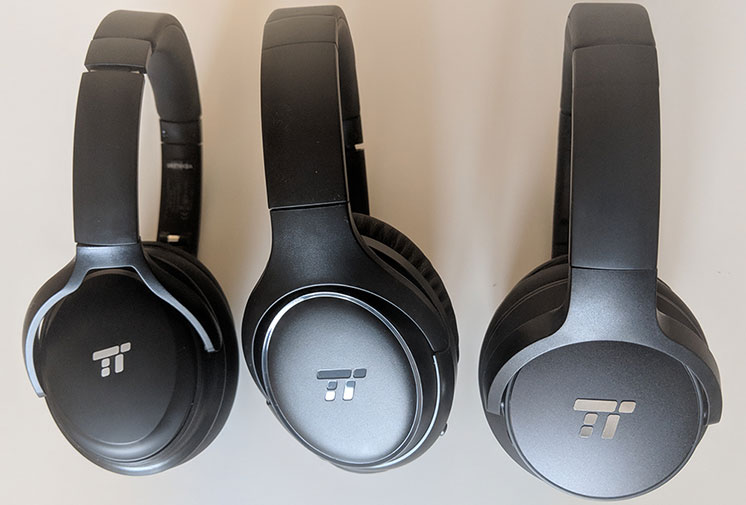 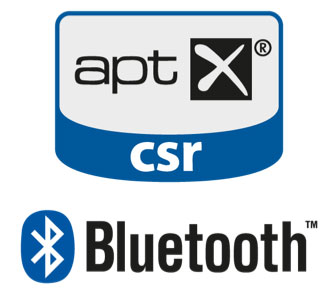 AptX is a compression standard that lowers the latency of the audio transmission in Bluetooth mode. This is not important listening to music without video, but if you want to use wireless headphones to watch your favorite movie it becomes more important. Latency = the delay between what you see on screen, and then the corresponding sound in your headphones. You ideally want this delay to be unnoticeable. This delay is reduced to near wired levels when you have an AptX transmitter to an AptX receiver.

Unfortunately, Taotronics didn’t include AptX for any of these models, which is worth noting.

In terms of deciding which to buy, the first, easiest, elimination are the BH040s. The combination of their non-foldable head band (thus larger carry case), and their inferior sound quality put them at the bottom of the list.

When choosing between the BH22s and BH060s, it’s not so easy. For me, the BH22s win out in terms of comfort. Sound quality on both is similar. Noise cancelling is marginally better on the BH060s. Aesthetics? I’d probably give the nod to the BH060s, which has a fresher design.

It appears the BH22s may be getting phased out (old model?) to make way for the newer BH060s. If comfort is your thing, and you prefer the looser headband, then it may be worth seeking out the BH22s. But otherwise, the BH060s are certainly superior in terms of aesthetics and active noise cancelling. 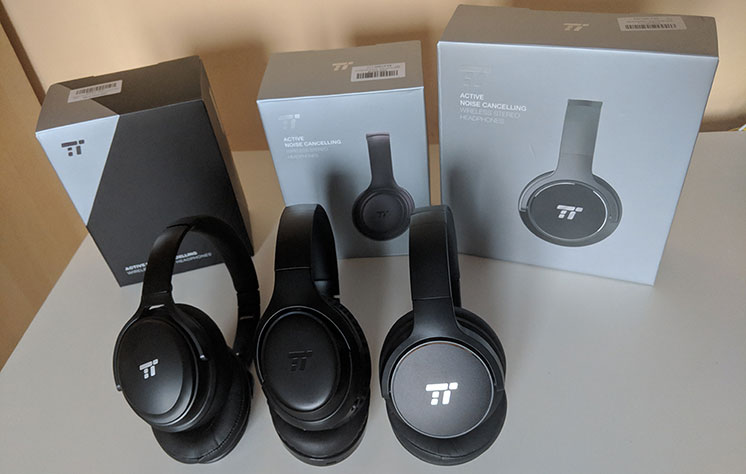 Note: Not a Medical Doctor or PhD. I'm a researcher and writer, with a focus on the subjects of health and longevity. My intent is to write about scientific research in an accessible, understandable way. If you believe something I've stated needs a reference, and I haven't done so, please let me know in the comments.

Thanks for the review. Curious if you had a chance to check out the BH060s? I’m guessing it’s a newer model because the model number is higher?? And wondering how they stack up against the BH22/BH040/BH030.
Here’s a link to the the BH060:
https://smile.amazon.com/TaoTronics-Cancelling-Headphones-Bluetooth-Cellphone/dp/B07L5LPSQT

Hi Josh, apologies for the slow reply. I’ve just been able to get a pair of the BH060s to test, and have updated the review. As far as I can tell, Taotronics look to be phasing out the BH22s in favour of the BH060s, which are similar in specification and price. Personally I found the BH22s more comfortable to wear, as I’m not a fan of the tighter headband on the BH060s. Otherwise the BH060s win out in terms of noise cancelling and aesthetics. Sound quality seemed to be very similar on both. I haven’t reviewed the BH030s, in part… Read more »

I personally agree, for me the main benefit is the foldability and comfort of the headband. But we all have different priorities/preferences.

Regarding the difference in driver size, take this with a pinch of salt. Larger is not equal to more powerful, necessarily, so would need to do a side by side audio comparison to gauge the practical difference.

The BH-040s are cheaper than the BH-22s on Amazon at the minute so I was confused as to which was better. I’m going to go for the 040s, may as well. Thanks for the info.