Andrew Huberman Supplements – Full List – Deep Dive Into What & Why

Below we’ll look at the supplements Andrew Huberman uses and discusses, related to:

It’s important to note that Andrew is not an MD, and does not give medical recommendations. He stresses the importance of talking to your doctor before making any changes in your supplements. 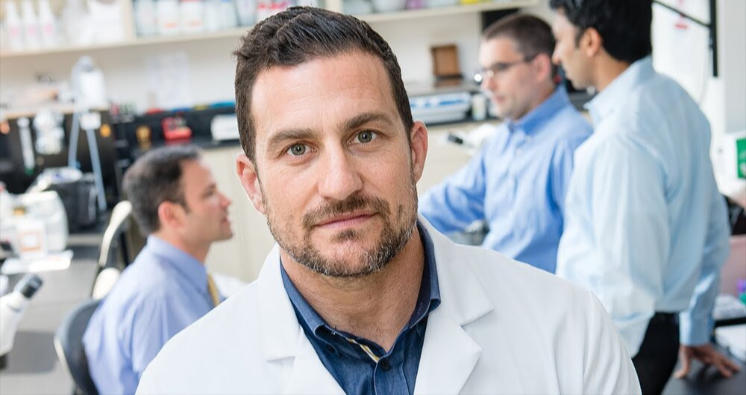 Andrew takes all 3 together ~60 minutes before bed.

Andrew combines these two, but they can also be taken separately. 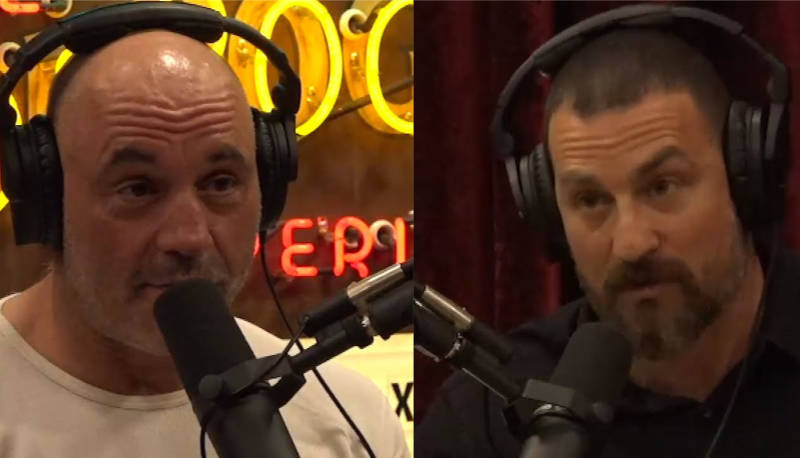 Now for a more detailed look at these supplements:

Andrew hopes that most people are able to fall asleep without assistance. However, for those who can’t, he’s quick to point out there’s a middle ground between doing nothing, and taking sleeping medication. The latter of which can come with nasty side effects and sometimes addiction.

The 3 supplements that Andrew says have been amazing for his sleep are:

It’s worth noting that for many people, even just the addition of magnesium and/or theanine may have a positive effect on their sleep. See the apigenin section below where Andrew notes that he doesn’t recommend women take apigenin, due to it being a mild estrogen inhibitor.

^ A clip from Episode 28 of Andrew’s podcast

Magnesium is super important to the human body, and is involved in over 600 enzymatic reactions1. Specific to sleep, it appears magnesium supplementation can activate the parasympathetic nervous system2, which is responsible for, among other things, slowing the heart and relaxing the muscles – producing a calming effect.

Andrew personally preferences Threonate, but notes that Bisglycinate appears to work well too – as both can cross the blood-brain barrier.

Note that in terms of dose, Andrew says 100-200mg in this YouTube video, then 200-400 in this interview. Then in this tweet he says 140mg – which is coincidentally what the suggested dose is threonate bottles (144mg): 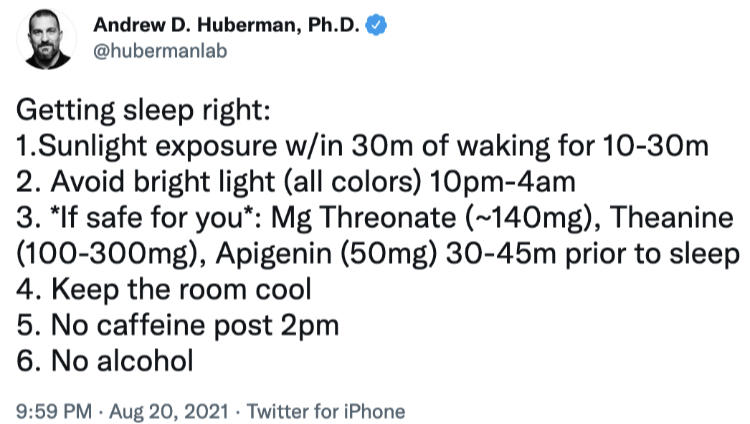 I imagine the dose is dependent upon the form of magneisum. If it’s magnesium threonate, then less is needed, whereas with bisglycinate, the standard dose is higher.

Examples of reputable brands of threonate include: 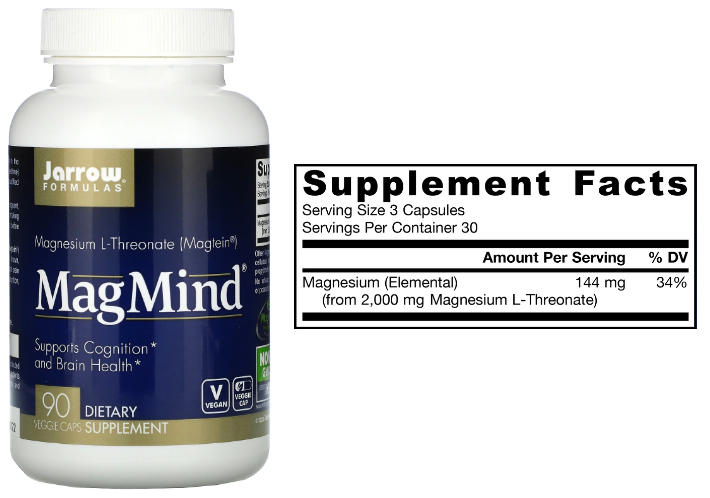 Theanine, which is an amino acid found in tea, can have calming effects when supplemented3. One of the ways it does this is to increase “alpha brain waves” – a type of brain wave that is associated with calm and relaxation4. As opposed to Beta and Gamma brain waves – which are associated with alertness and problem solving.

Andrew notes that theanine can increase the intensity of dreams, and thus may not be suitable for those with night terrors or who sleepwalk.

Again, as with threonate above, Andrew has mentioned different doses at different times. For example, 100-300mg and 200-400mg. Granted it’s all in the same ball park. If you’re new to theanine, it’s probably best to start at the bottom end of the dosing scale (~100mg) and gradually increase as you see fit.

Andrew notes that for a small percentage of people, Theanine can be too stimulating:

Examples of reputable brands include: 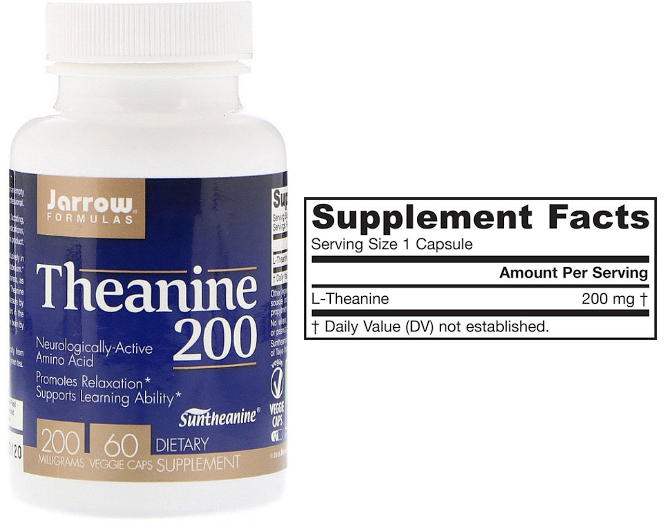 Apigenin is one of the active ingredients in chamomile tea, and according to Andrew can help promote sleep and sleep onset.

Andrew notes that apigenin is a mild estrogen suppressor, and he doesn’t think women should take it.

He also notes that for men, taking estrogen levels too low can affect brain health and libido.

Authors note: Based on apigenin suppressing estrogen, it appears to be a supplement you’d want to be cautious of taking regularly. At least until there’s more research. 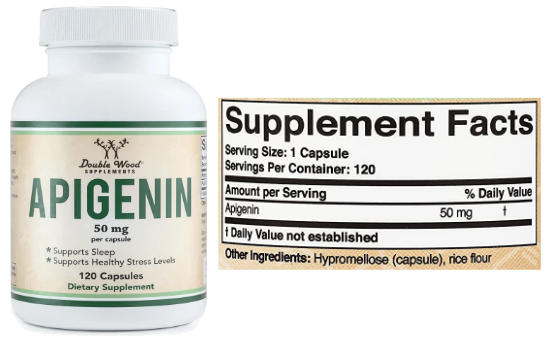 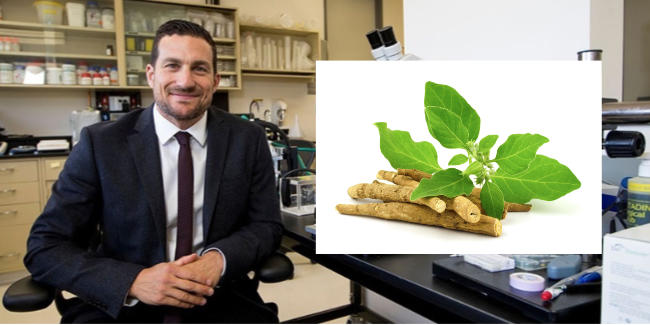 Andrew explains in his Tools for managing Stress & Anxiety video that he occasionally uses Ashwagandha during stressful periods.

It’s a plant that grows natively on the Indian sub-continent, and has been used for >3,000 years in ayurvedic medicine for a variety of isuses.

Andrew notes that there has been significant research confirming this effect, such as a randomized controlled trial that found a 20% reduction in cortisol, and a 40% reduction in perceived stress, compared to the placebo group5.

However, Andrew doesn’t like to take it chronically, and will stop after a few days, or max a week, and then go back to his normal routines. This is to avoid dependence and a build-up of tolerance.

Andrew doesn’t expressly say in his video how much he takes, but to refer to examine.com for doses – where they suggest a low dose is 50-100mg and an upper dose range is 300-500mg per day with food.

^ Listen to the full podcast here

Examples of reputable brands with doses from low to high: 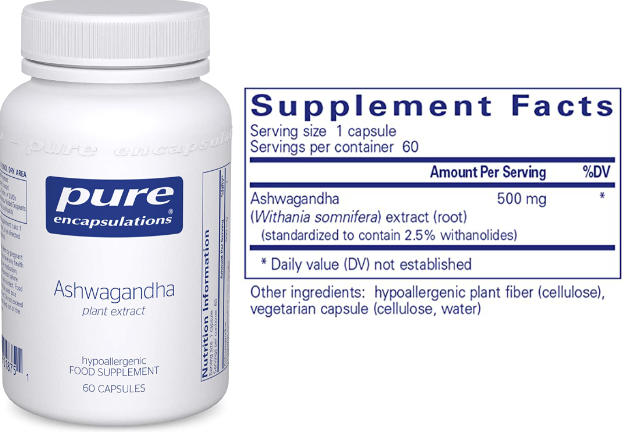 Andrew appreciates the importance of healthy levels of testosterone, and suggests before adding any supplements “the basics” need to be in check, which are:

However, once those boxes are ticked, he mentions 2 supplements that have been useful for him; Tongkat Ali and Fadogia Agrestis. He says that 6 years ago, his total testosterone was at around 600. After he started taking Tongkat Ali and Fadogia Agrestis, it went up  approximately 200 points to the high 700s / low 800s (ng/dL). He continued taking these supplements consistently for several years.

^ Listen to the full podcast here – this section is ~2hr mark

As of early 2021, Andrew has started experimenting with Testosterone Replacement Therapy (TRT), as part of research for a book he’s writing on hormone optimization. For more on his use of TRT – see this post. 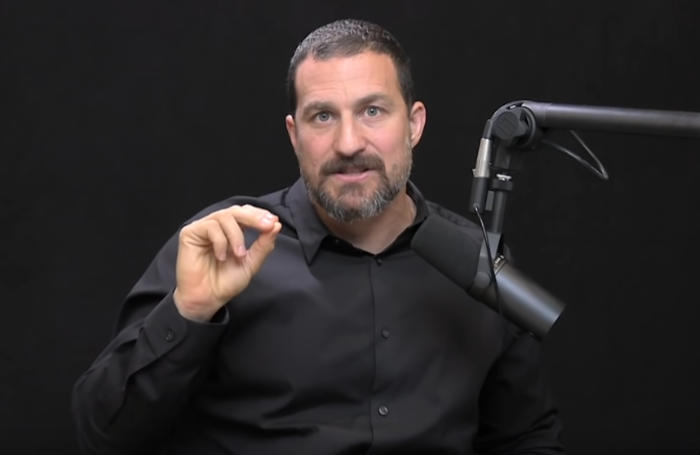 Tongkat Ali comes from a plant that’s native to Southeast Asia. There it’s treated as a medicinal plant and has many different uses6.

Andrew explains that Tongkat Ali will increase testosterone when taken at 400mg daily. He suggests: 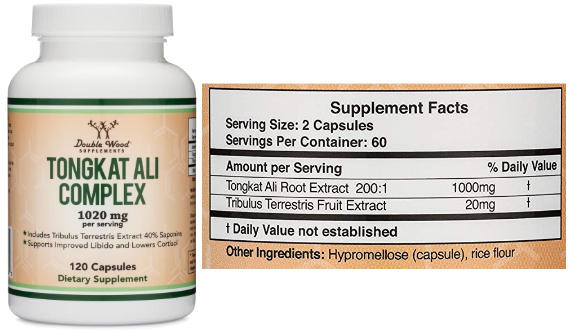 Fadogia Agrestis is a plant found natively in Nigeria, for which the stem is used as a herbal medicine to treat a range of issues.

For the purposes of testosterone increase, Andrew describes Fadogia Agrestis as a Luteneizing Hormone mimic, which stimulates the testes to produce more testosterone. When measuring his bloods, Andrew notes he didn’t see an increase in estrogen, or a down-regulation in lutenizing hormone – which was good.

In terms of daily dose – he has found 425mg once per day sufficient. 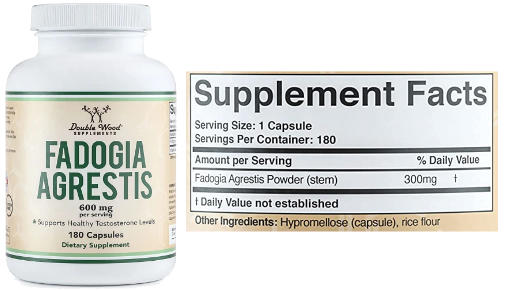 – For hard workouts or work sessions

One of Andrew’s preferred supplements for supporting cognitive function is Alpha-GPC. If he really wants to push workout, or a work session, he’ll take 300mg of Alpha-GPC prior, and then drink some coffee or yerba mate to go along with it. 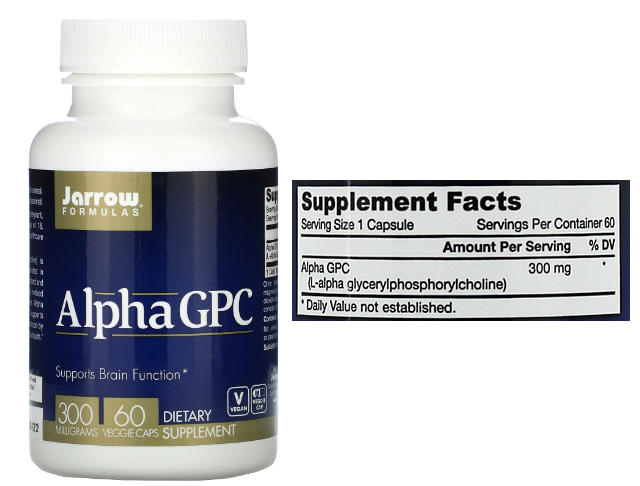 – For improved focus and attention

Very occasionally Andrew will use 500mg of L-Tyrosine – which is a precursor to dopamine.

He finds it enhances focus and attention, but does come with a crash after. Noting that you don’t want to use it when you’re already sleep deprived.

He uses it occasionally, and has found it useful for working late to meet a deadline, but generally tries to avoid that.

^ Listen to the full podcast with Kevin Rose

Related, Andrew mentions a supplement called Mercuna Pruriens which contains the direct precursor to dopamine; L-Dopa. However, he avoids Mercuna Pruriens because he finds it too intense with too much of a crash after.

Examples of L-Tyrosine supplements include: 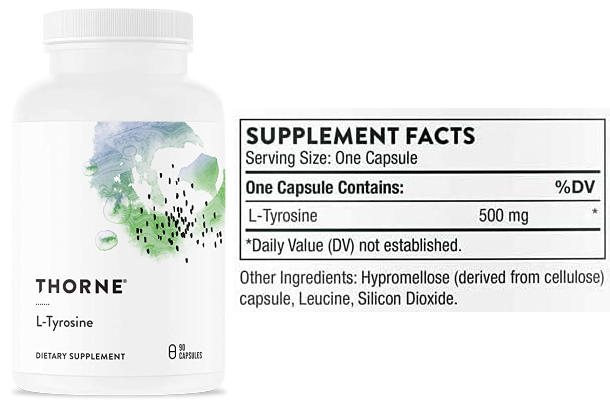 Phenylethylamine, also known as beta-phenylethylamine, or PEA for short – is supplement, like L-Tyrosine, which increases dopamine. Interestingly, chocolate is naturally rich in PEA.

Andrew says he takes it occasionally as a work aid to enhance focus, about once a week or once every 2 weeks.

He combines 500 mg of PEA with 300 mg of AlphaGPC, and says it leads to a sharp and transient increase in dopamine that lasts around 30 to 45 minutes. He finds the feeling from PEA more regulated and even than L-Tyrosine.

Note: It’s easy to mix up Phenylethylamine with the supplement Phenylalanine (names look similar) – but the effects are quite different.

If you’re thinking of trying PEA, it’s worth glancing over the potential side effects at this link prior.

Examples of PEA supplements include: 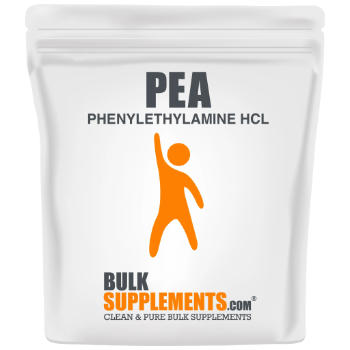 Andrew discusses these points with Matthew Walker from 1hr 36m of their podcast together (link).

Andrew explains that he tests his blood twice per year in order to track and monitor his health.

This helps him to monitor the effect supplements are having on him. For example when he added Tongkat Ali and Fadogia Agrestis to boost his testosterone, he already had a baseline reading from previous blood tests. He was then able to test himself after using the supplements, to measure how they had impacted his testosterone and other hormones.

One company he has specifically mentioned for blood tests are Inside Tracker – who are also a show sponsor of his podcast.

For 25% off their blood tests, use this discount code.

That about covers the main supplements Andrew talks about in the context of sleep, stress, testosterone and cognitive enhancement.

To stay on top of Andrew’s great content, check out his YouTube channel, or his podcast on iTunes.

For any questions on the above, please leave them in the comments section below.

Holy moly this is amazingly condensed. Thank you for doing the work for me man.

Thanks Tommy! Let me know if you see anything that needs adding.

Thank you for this condensed but thorough version of information! I greatly appreciate it, as I haven’t had time to watch all of Huberman’s videos.

Thanks for letting me know – am glad it helped. Let me know if anything was unclear / needs more info.