Peter Attia is a medical doctor who focuses on the science behind living a longer, healthier life.

In this post we’ll look at what Peter supplements, noting that’s what optimal for him isn’t necessarily optimal for you.

Note: I’ve written separately about his diet and his exercise routines 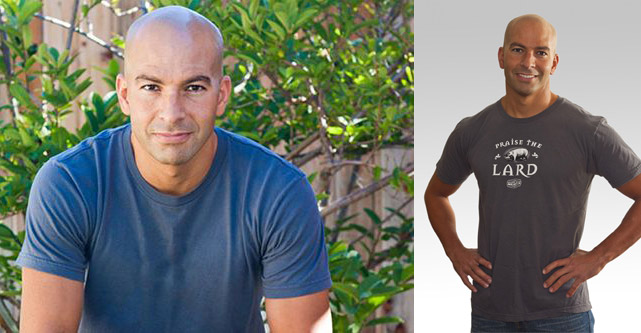 Peter doesn’t believe in a one-size-fits-all approach to supplementation. Thus Peter discusses the supplements he takes with hesitation, in case people copy it, thinking what works for him will work for them.

That being said, it’s still possible to gain insight from what Peter does, given his detailed explanations around what he does, doesn’t and why.

As part of research for this section, I’ve looked back at the different times Peter has discussed supplements. Starting in 2011 and working to the present.

To save time, I’ve linked some of the main supplements he has discussed, so you can jump to those sections:

In 2011, Peter listed his supplements as:

At this point his supplementation was fairly minimalistic.

Then in a video from 2012, Peter discusses taking:

Whilst Peter’s supplements have varied widely between 2011 and 2019, one thing has stayed constant, which is the supplementation of omega-3 fish oil.

Peter mentions trusting two brands; Nordic Naturals and Carlson. On AMA #11 @ 17 mins he says he takes around 2 grams daily of EPA/DHA. With Carlson’s Fish Oil he prefers the non-encapsulated version.

If you find capsules more convenient (as I do), Carlson also do an encapsulated version; Elite Omega-3 Gems. 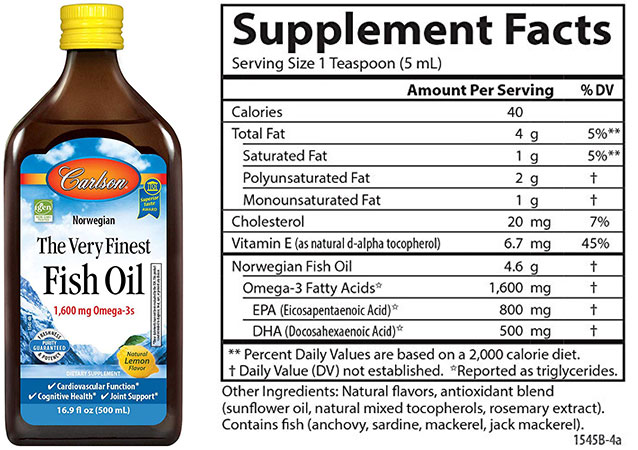 The next mention I can find of Peter’s supplementation is his March 2015 podcast with Tim Ferriss (source and transcript). He was taking:

Compared to 2012, Peter has dropped the multivitamin, and honed in on potential deficiencies he might have, such as B-vitamins and vitamin D. He also looks to be experimenting with probiotics, berberine and baby aspirin.

In Tim Ferriss’ 2016 book; Tools of Titans, each chapter is a list of tips from a different person. In the Peter Attia chapter, Peter shares a few nuggets on supplements.

Firstly, he discusses supplements he does not take:

Then Peter touches on some of the supplements he is a proponent of:

Peter is a big proponent of magnesium supplementation. Magnesium is needed by every cell in the human body, and plays a crucial role in core functions such as energy production. In Tools of Titans he takes 600 to 800 mg per day, alternating between magnesium sulfate and magnesium oxide. He was also taking calcium carbonate 2 times per week. 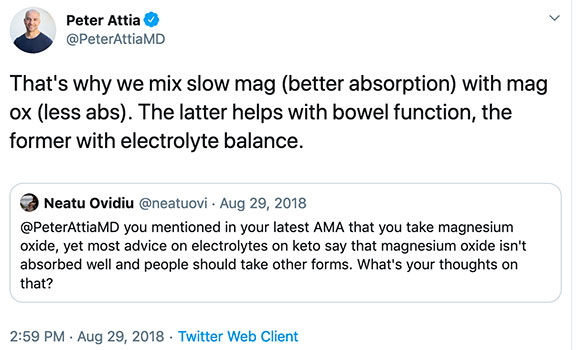 Later, in 2018 (see tweet source above), Peter is taking a specific form of magnesium sulphate called Slow-Mag. Slow-Mag also has an enteric coating, which reduces the ability of the stomach acids to break down the outer capsule, meaning the capsule makes its way to the intestines before disintegrating and the contents being dispersed. This can help avoid stomach discomfort. Also, instead of just containing magnesium sulphite, Slow-Mag also contains calcium. 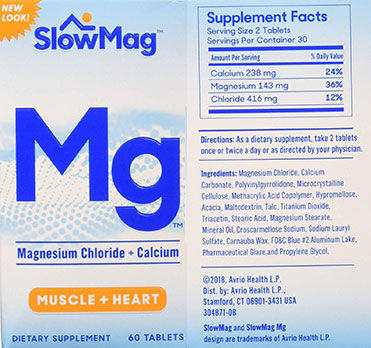 Just like with other vitamins, Peter doesn’t suggest indiscriminate usage. On his interview on Joe Rogan, he cites an optimal range of Vitamin as between 40-60ng/ml. To target optimal ranges, it requires at least 2 blood tests. One prior, to understand where you are currently, and then one after a period of time supplementing, to understand the effect of the supplementation.

It can be particularly valuable to check vitamin D levels during winter, if your sunlight exposure is limited.

First, a bit of background on lithium:

Peter has experimented with Lithium in 2 different ways:

Peter hasn’t explicitly mentioned which Lithium supplement he takes, but given he favors Jarrow and Pure Encapsulations, and Jarrow don’t make a Lithium supplement, there’s a chance it’s something like Pure Encapsulations – Lithium orotate. It contains 5mg of lithium orotate, and 200mg of N-acetyl-l-cysteine (NAC), which is a precursor to glutathione, the major antioxidant in the brain, and is added to this formula, they say, for enhanced protection of brain cell membranes. 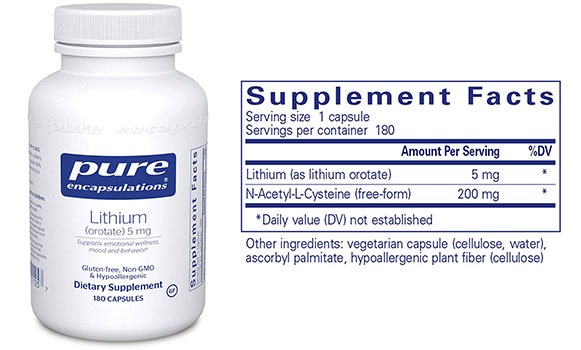 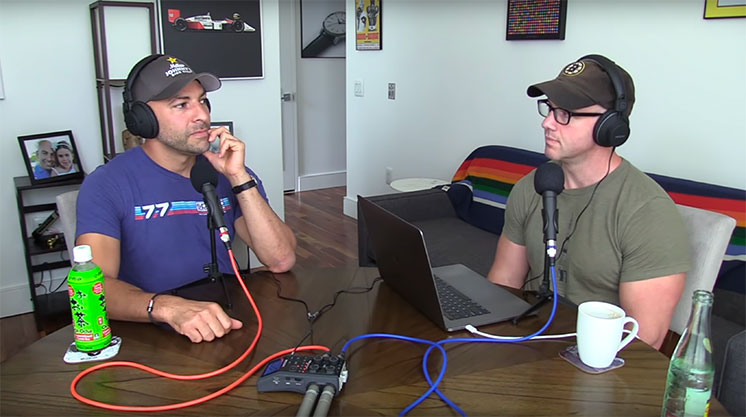 Peter’s stance on aspirin has changed as the data has changed. Prior to this podcast, he saw aspirin as valuable in 2 situations:

So then in regard to (1) – Peter cites a recent study of twelve thousand people, that was randomized, double blinded, placebo controlled, with one group taking aspirin, and the other not. The results didn’t show any real benefit of taking aspirin – and thus Peter is now more hesitant to use aspirin as the benefits appear less clear.

With regards to (2), one of Peter’s researchers did a deep dive into the literature on using aspiring on flights to reduce thrombosis risk (blood clots). The research actually didn’t show benefits to taking aspirin on flights (in blinded trials). Which just leaves tools such low molecular weight heparin, which is an injectable, and thus a lot of hassle, or an over the counter supplement called Flite Tabs. 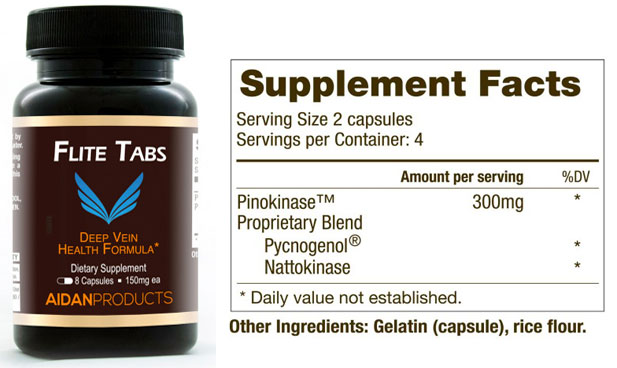 Peter elaborates more on Flite Tabs in his Kevin Rose interview [10m 53s], and explains how they contain FDA regarded “GRAS” substances (Generally Regarded As Safe) that are really good at thinning the blood under flight circumstances:

When I was looking to buy FliteTabs they were out of stock on Amazon. Some searching around led me to Life Extension’s VenoFlow which is very similar to Flite Tabs. Both contain the same 2 ingredients; Pycnogenol, a pine bark extract, and nattokinase, a soy natto extract. Flite Tabs bottles are 4 servings of 300mg (2 caps), whereas Venoflow is 30 servings of 200mg (1 cap) per bottle. 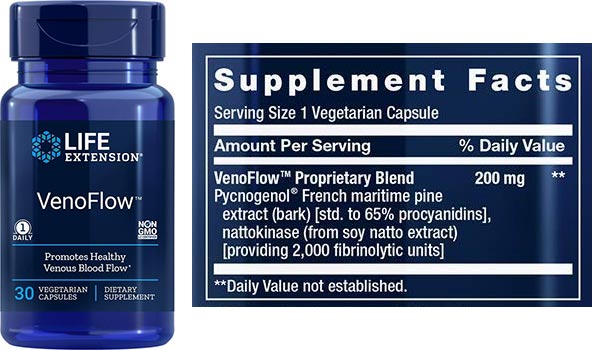 Berberine is a plant derived supplement that Peter mentioned taking in the 2015 Tim Ferriss podcast. However in his next update (2016) he was no longer taking it. He occasionally uses it with patients, noting in AMA #3 [1:20:27] that Berberine has 2 key properties:

Peter notes later in the podcast [2:04:14], when they do use Berberine, they suggest Thorne’s Berberine as the brand. 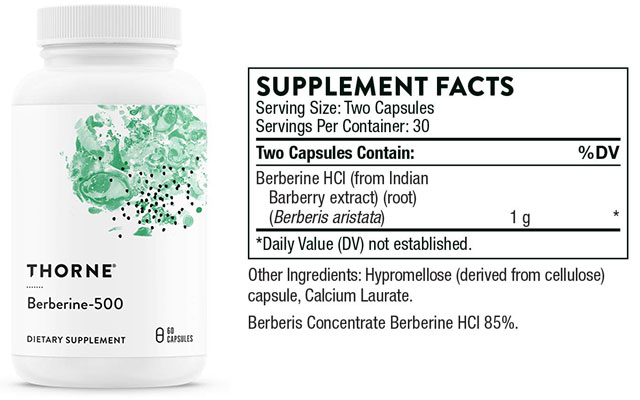 1) A company in Japan called Ajinomoto, the original creator a true pharma grade amino acid. They sell their BCAAs to other companies, who then put the Ajinomoto mark (branded as “Ajipure”) on their packaging. 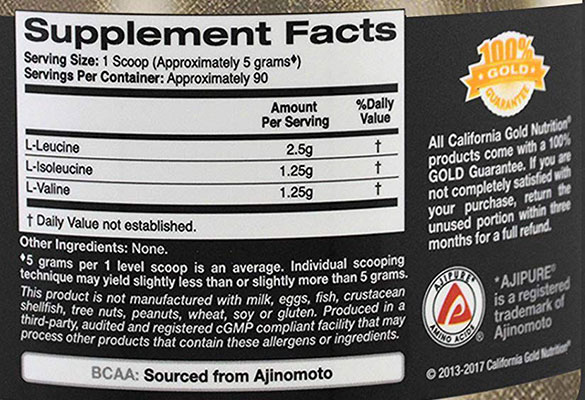 2) The other is a company in Canada called Biosteel

If a patient comes to him and says, I want to be on Amino acids, Peter is putting them on Biosteel, because he thinks it’s the best option out there. And if they can’t stand the taste, because it’s a bit too sweet, then he says, lets look for something else, that at least has the Ajinomoto stamp on it – so that we know it’s coming in with the right stuff. 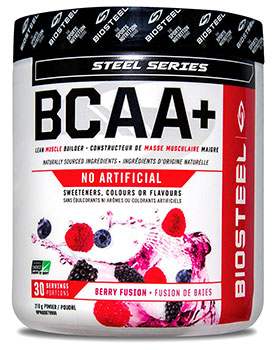 In AMA #3 [2:02:30]Peter was asked the question, “which brand of supplements have you found effective”. He notes that the supplement world is “kind of a shit show” because it’s so unregulated. He goes on to say that supplement companies he relies upon are:

Noting there are a couple other companies he will use, depending on the product. For example with Berberine, they use the Thorne brand.

Peter announces on a 2018 podcast with Kevin Rose that he had started taking rapamycin(see approx. 52m 15s of the podcast). 3 years later, he’s still taking it.

Specifically mentions taking ~6 milligrams once per week. Initially he was doing it 8 weeks on rapamycin, 6 weeks off.

However, in a September 2021 interview with Matt Kaeberlein he says that more recently he has decided to stop taking the breaks, and instead now takes it every week. See 1:32:38 of the interview on YouTube for where he mentions this.

He notes that this was a non-data backed decision.

In terms of unwanted side-effects, Peter notes that it gives him occasional aphthous ulcers. He also notes that his finger nails grow slower whilst taking it. Besides that, he doesn’t notice any other day-to-day differences from the drug.

He mentions in AMA 11 that he does not take rapamycin whilst fasting.

Rapamycin is a prescription drug that is FDA approved for use as an immunosupressor. When taken daily, it stops the bodies of transplant patients from rejecting their new organ.

The use of rapamycin for healthspan/lifespan benefits is off-label, and does not have FDA backing (yet).

The reason for the interest in rapamycin for healthspan/lifespan benefits derives primarily from success in labs, where it has been able to extend the lifespan in animal models (fruit flies, worms and mice).

Despite this potential, there haven’t been any studies of its lifespan/healthspan benefits in humans yet. There are likely many reasons for this, but one of the main ones is:

That said, in recent years, there has been substantial interest in the use of rapamycin to tackle ageing. Thus it’s likely studies in humans will take place in the coming years.

Should You Take Rapamycin? Probably not (yet)

As far as I understand, if someone was interested in taking rapamycin, they would first want to make sure they have everything dialed in with their current lifestyle, specifically; sleep, diet, exercise and stress. They would want to have significant numbers of blood markers tested over time, to ensure that their lifestyle was putting them in the optimal ranges. Those steps are by far the low hanging fruit of longevity.

Once that was all dialled in, they would then want to seek supervision of a doctor who is familiar with rapamycin usage for the purpose of improved healthspan/lifespan. On the podcast Peter mentions there is a doctor in New York (Alan Green) who provides off-label rapamycin treatment. Even under supervision, you’d still be stepping out onto the fringes of modern scientific understanding, and would in some ways be a guinea pig for scientific research.

Related to this, I was fortunate enough to catch a presentation by David Sabatini earlier in 2019. David is someone Peter talks about a lot, because David and his lab are at the forefront of research around mTOR, including first discovering mTOR complex 1 and 2. Anyway, after the presentation I asked David about his thoughts on taking mTOR, and he said he doesn’t personally take it. For now he simply eats a low carbohydrate diet and practices intermittent fasting. He thinks in the future there will better molecules than mTOR that capture the upsides, with less of the downside. I found that interesting, given he knows the subject area better than 99.9 (with lots more 9s proceeding) of the population. But, as Peter said, different people have different risk tolerances. And one things for sure, ageing is coming for us, whether we choose to try and delay it, or not.

The latest info I have is that Peter takes a low dose of pravastatin. He doesn’t mention the specific dose, but Mayo clinic suggest 40 mg per day is a starting dose, so presumably it would be that or less.

He goes on to say that he’s thinking of experimenting with swapping pravastatin for Zetia (generic name Ezetimibe) and seeing what changes.

Prior to this Peter was taking Atorvastatin and Ezetimibe, which he mentioned in his 2018 Q&A #2.

Also in the interview with James O’Keefe (link) – around 1 hour 48 mins – he mentions that he’s taking a PCSK9 inhibitor.

He doesn’t provide any further info on which type or dose.

Hopefully the above gives you a window into Peter’s supplement use (past & present). I’ve also written about Peter’s diet and exercise routines: