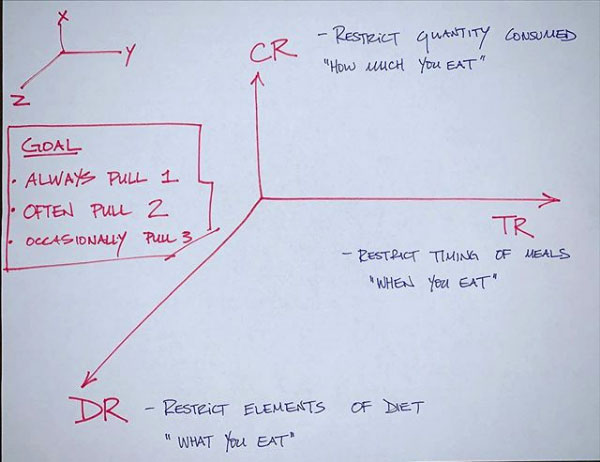 Breaking dietary modifications into 3 “levers” we can pull. These are: 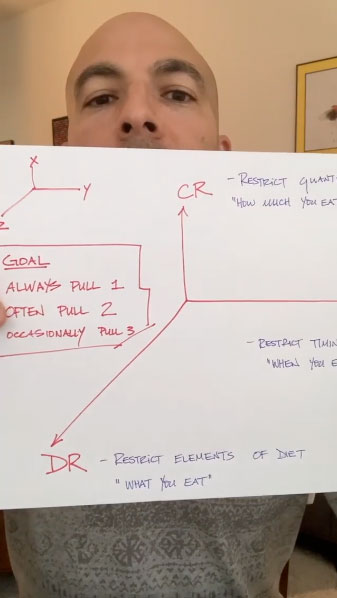 Peter says that in order to avoid eating the standard American diet, you want to be pulling at least one of these levers at all times.

However, ideally you want to be pulling at least two of these levers. Peter says he lives most his life like this, doing the following:

Occasionally, you want to pull all 3 of these levers.

So let’s recap; you want to be thinking about:

Rhonda Patrick also touches on this in her dietary approach; where she practices intermittent fasting and limits unhealthy foods such as sugar, processed foods + more.

Pulling all 3 levers at once… fasting

These days most health conscious people follow some form of time restricted and dietary restricted eating. However, what can be a big leap for people is pulling all 3 of the above levers at the same time.

This requires doing an extended fast of at least 3 days, and ideally getting up to as much as 5 days. Having done 5-day water-only fasts personally, I can say that they’re not easy, and you generally want to build up to them.

To view Peter’s video on the subject, see here.