The Obesity Code aims to clear up myths on weight loss, and provide a simple formula for long term success. Below I’ll discuss aspects from the book, including an example diet plan at the bottom.

Since writing The Obesity Code Jason has followed up with The Cancer Code, The Diabetes Code (aimed at helping people prevent or reverse type 2 diabetes), and The Complete Guide to Fasting (which covers intermittent and extended fast details). 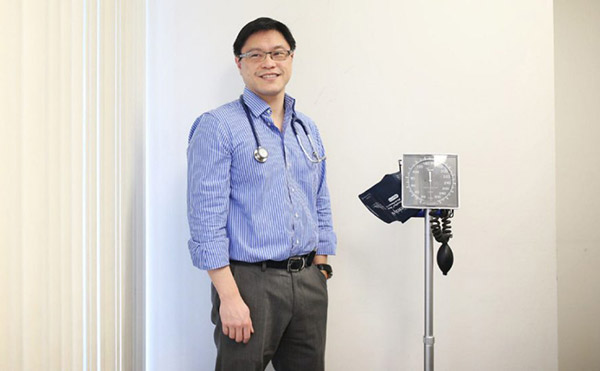 Jason suggests that to understand weight loss requires understanding the hormonal roots of obesity. He explains that the hormone insulin is the key driver of obesity. Therefore obesity is a hormonal, not a caloric imbalance. He recommends we focus on two key areas:

What to Eat & What Not to Eat

The book doesn’t tell you specifically each and every food you should eat. Instead Jason outlines some general principles for eating:

What Not to Eat?

Jason mentions a few specific examples of what not to eat:

Then in regard to the highly glycemic, popular staples; bread, pasta, potatoes and cereals…

Bread & Pasta – Jason suggests the consumption of bread and pasta should be minimized for a number of reasons:

Rice – Jason notes that many Asian populations have eaten diets based on highly refined white, polished, rice. Yet, until recently, obesity and diabetes remained rare in these populations. It has only been since they added sugars and processed foods to their diet, that obesity and diabetes have become rampant. This shows us that it’s possible to consume white rice and stay healthy. However, for those looking to lose weight, white rice is highly glycemic, and should be minimized.

Potatoes – Jason notes that potatoes are highly glycemic and consumption should be minimized. He does however point out that potatoes served cold and dressed with vinegar as a salad had 43% lower glycemic index1 – in part due to the cold increasing the resistant starch content of the potatoes.

Cereals – Jason has two main messages for breakfast. The first is that it shouldn’t be considered “the most important meal of the day”. If you’re hungry in the morning, and want to eat; do. But if you’re not, and instead want to break your fast at midday with grilled salmon and a side salad, then that’s perfectly acceptable. Jason’s second message is that many breakfast foods such as cereals, breads, muffins, Danish pastries etc. are highly problematic, and should be avoided. If you must eat cereals, he says, eat those containing less than 0.8 of a teaspoon (4 grams) of sugar per serving.

(Note: this list of foods Jason recommends in Obesity Code is not exhaustive, for example it doesn’t mention things like meat and fish, which Jason is a proponent of. You can reasonably assume that if food is natural, unprocessed and consumed in moderation; it’s ok for Jason’s diet protocol). 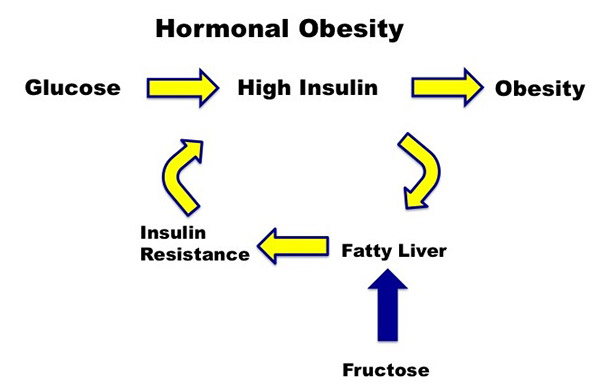 Beyond what to eat & when to eat, Jason touches on another factor that affects insulin levels; sleep. Not only does sleep affect insulin sensitivity, it also affects our ability to self-control, and our desire for carbohydrates (increased grehlin levels, which is a hormone responsible for hunger signalling). Thus people who are chronically sleep deprived will often (through no fault of their own), make more impulsive food decisions, and crave more carbohydrates. Therefore its important that if sleep deprivation is a factor, it gets tackled alongside the dietary choices.

The below meal plan effectively means that every other day you are partially fasting from dinner through to dinner (24 hours). To make this slightly more do-able, Jason suggests incorporating a cup of vegetable, chicken or beef broth in place of where lunch would be.

Treat the exact contents of the meals as guidelines only, to be tweaked to your own taste. If you need to increase the quantities of food to reach satiety, do so. As long as when you’re fasting, you stick to it.

You may notice that only 3 of the 7 days include a dessert for dinner – this seems to be Jason’s way of explaining that sweet foods should be an occasional treat, rather than consumed daily.

In case it’s of use, I’ve made a PDF version of the above table so you can print it out. Additionally I’ve made a second version with empty spaces for the meals, that way you can program your own meal details:

A core aspect of Jason’s diet regimen is the consumption of bone broth on days when fasting. There are a few key benefits to this:

Vegetarians – The substitute to a bone broth would be a vegetable broth. So you’d essentially just cook a vegetable soup (without blending), then strain the vegetables and leave the low carb, tasty wholesome broth. 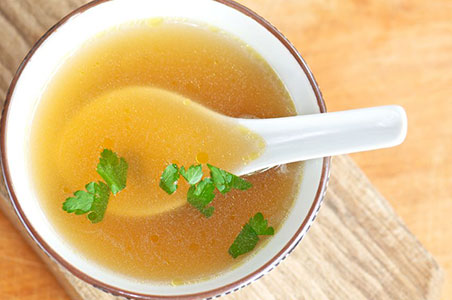 At its core bone broth is very easy to make, it’s essentially the simmering of bones for 12+ hours. If any complexity creeps in, its in the sourcing of good bones, and then the additional ingredients that add to the flavour. These are the key things you need to begin:

If you’re cooking a chicken broth, perhaps the simplest way to acquire the bones is to purchase an (ideally organic) chicken. Cook it and first use it for the meat, then when finished, use it for your broth.

When you’re packing the chicken into your pot, its beneficial to crack some of the bones to let out more flavour and nutrients. This can be done by pushing down on the carcass until you hear cracks, alternatively some people go as far as to individually crack the bones with some scissors.

For a beef broth, it’s generally easy enough to source bones from a local butcher or market. Ideally grass fed cow bones, although this pushes the price up. That said, one of the core benefits of grass fed beef is the quality of fat (e.g. omega3 to omega-6 ratio) obtained, which doesn’t apply to bones so much.

N.B. Having a little meat left on the bones is a non-issue, given that you’ll be straining the contents at the end.

Whilst shop bought bone broths generally aren’t as good, or nutritious as a home made broth, they’re a good option when time is limited. Especially when the core focus here is to adhere to the fasting protocol itself. The bone broths are just a component of the overall plan.

Two off the shelf broths with good reviews are Pacific Organic Chicken Broth & Kettle & Fire Beef Broth. Pacific’s version is more affordable, but has a bit less marketing hype behind it. 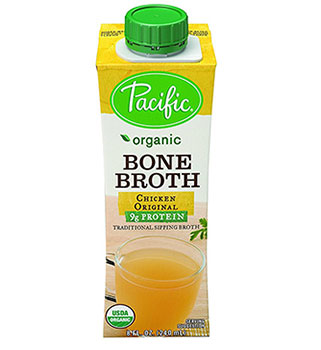 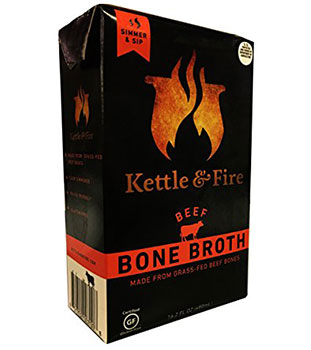 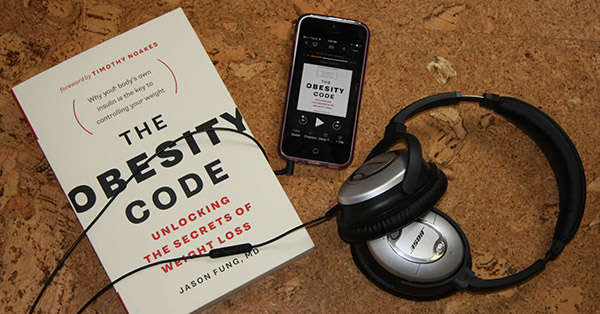 The above is just a tiny snapshot of Jason’s book. The full thing contains vastly more content, including discussion of:

You can find the full version of The Obesity Code on Amazon.com, along with Jason’s other bestsellers’ The Cancer Code, The Diabetes Code and The Complete Guide to Fasting.